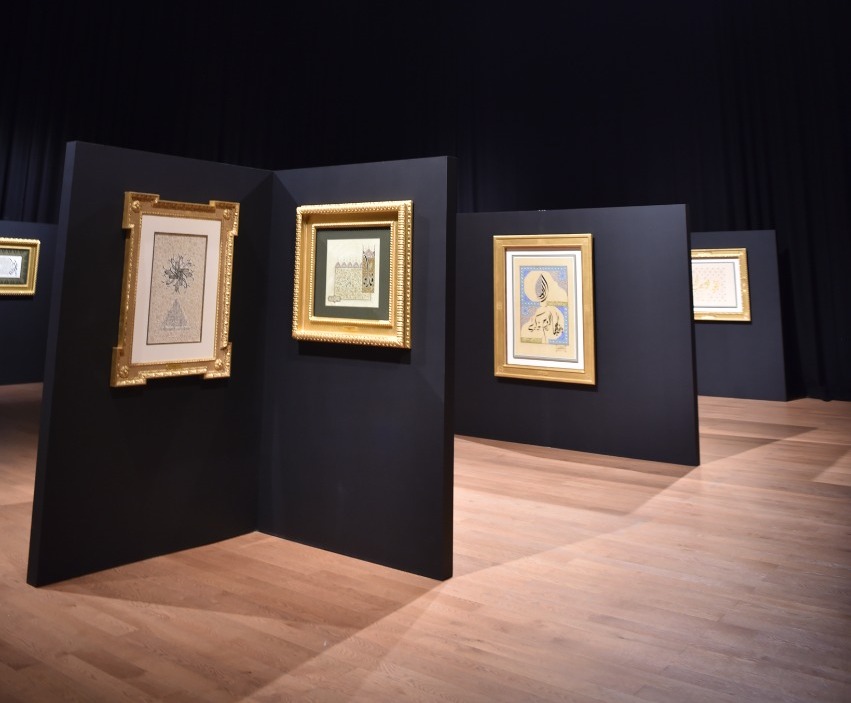 A collective art exhibition curated by Khawla Art and Culture featuring established artists from around the world along with an exquisite collection of Her Highness Sheikha Khawla Bin Ahmed Khalifa Al Suwaidi’s art pieces. 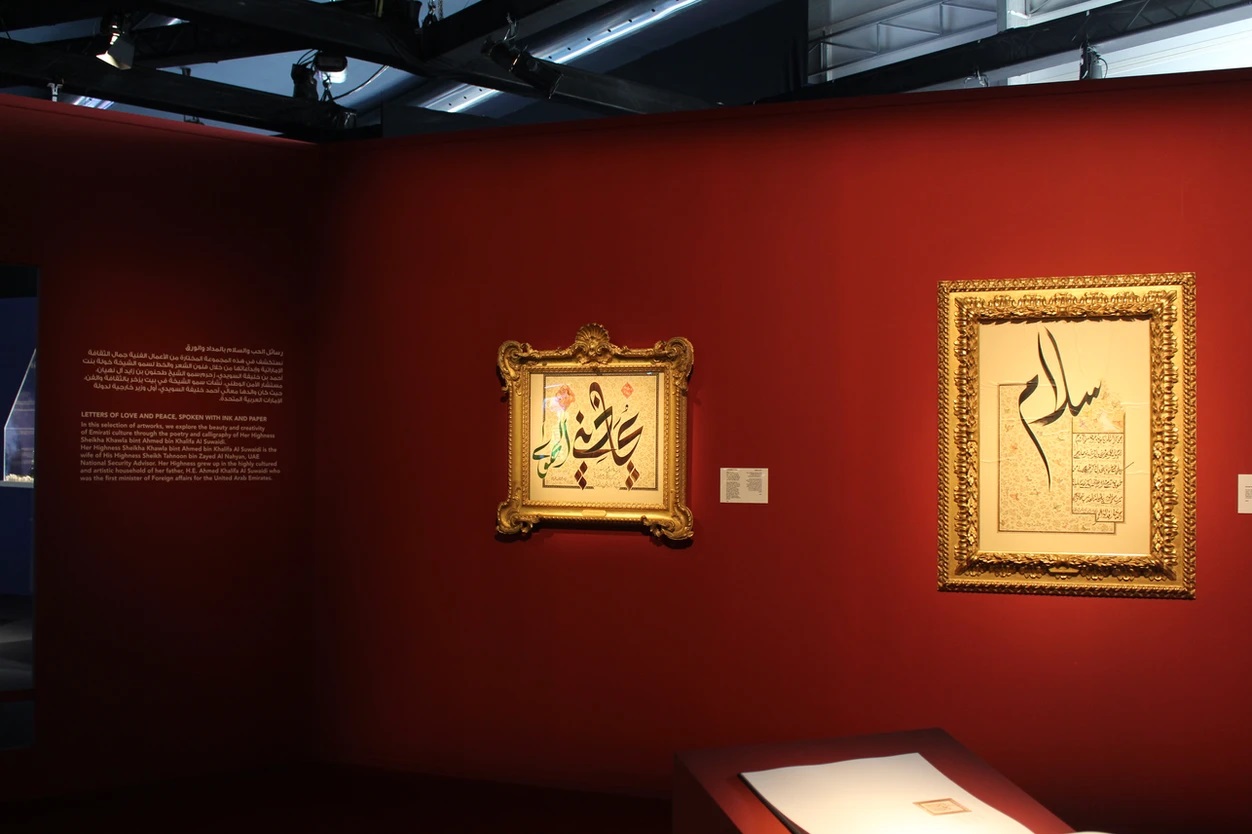 The Mother of the Nation 2018 Pavilion showcased a selection of artworks titled Letters of Love and Peace, Spoken with Ink and paper that explored the beauty and creativity of Emirati culture through the poetry and calligraphy of H.H. Sheikha Khawla bint Ahmed bin Khalifa Al Suwaidi.

Today in the UAE, many artists continue to be inspired by this traditional nabati poetic style into stunning artworks, preserving this important artistic strand in Emirati culture.

The poems and writings of H.H represent the nectar of her knowledge and experience in life. They combine shorthand style with humane values and ethics of humility, mercy, kindness, altruism, forgiveness, giving, tolerance, good manners, love and peace. 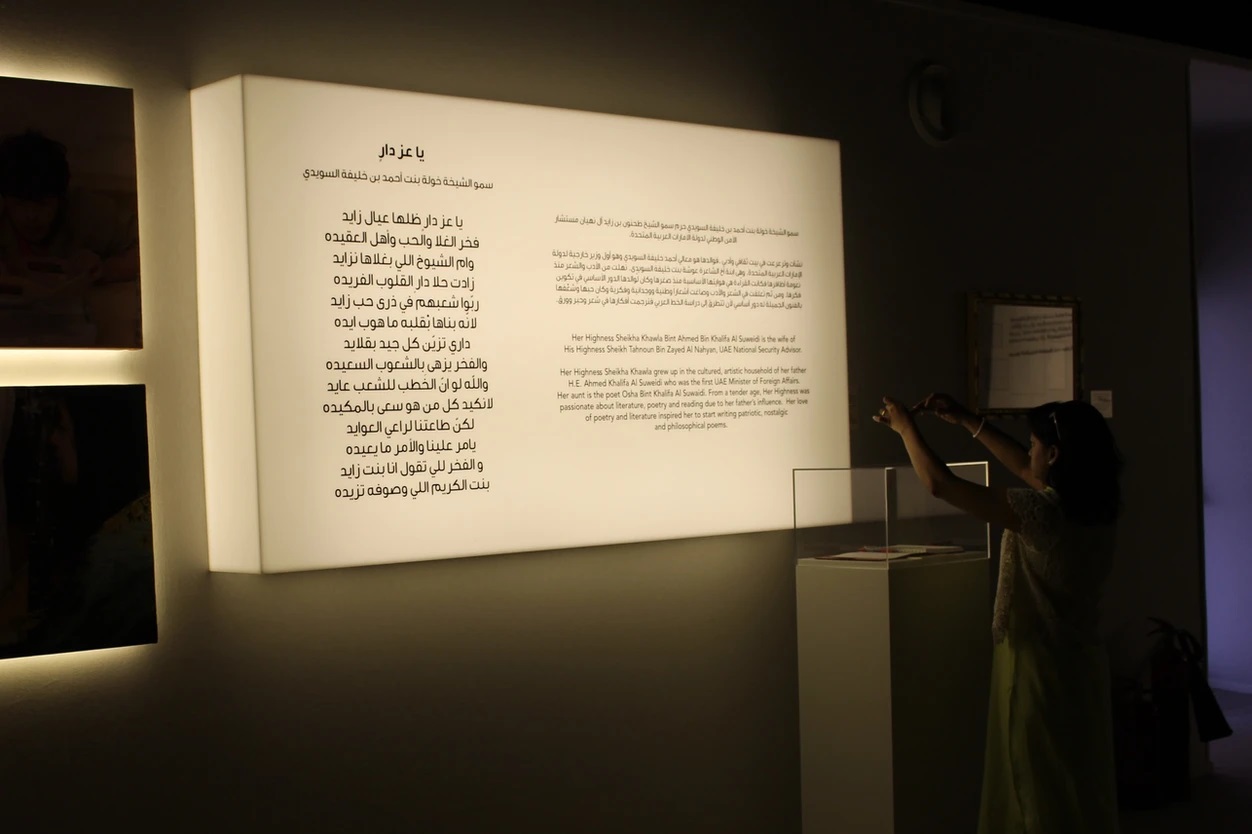 A unique and beautiful poem praising Her Highness Sheikha Fatima Bint Mubarak ( Mother of Nation, U.A.E). The event was held in Corniche, Abu Dhabi as a part Mother of Nation Festival from 26 March to 04 April, 2017. A short biography of Her Highness Sheikha Khawla Bint Ahmed Bin Khalifa Al Suwaidi revealing her passion and inspiration was also exhibited in the function.

With every new painting & poem, H.H. Sheikha Khawla Bint Ahmed Khalifa Al Suwaidi sets sail on a new voyage. Her Highness lives her inspiration contemplating in a peaceful state of serenity for two or three hours ahead of every voyage.H.H directs the painters on how to execute the visual meaning and essence of her poem.

She presented seven unique works of ink on paper as a tribute to Her Highness Sheikha Fatima Bint Mubarak, Mother of United Arab Emirates. The values emulated through the elegant lines of poetry featured in each work reflects the spirit of the women in emirates.

H.H. describes her experience: “I was encouraged to take this daring step by my husband who believed in me and in my talent. Also by the challenge in itself, and aspirations of self-growth that I always feel with every step I make. I followed the reactions of visitors to the exhibition closely, especially foreign visitors who talked and wrote about my experience in their countries’ art periodicals. Furthermore, I was invited by many art institutions in Italy, France, Germany, and other countries, to exhibit my work and talk about it with their audience.”